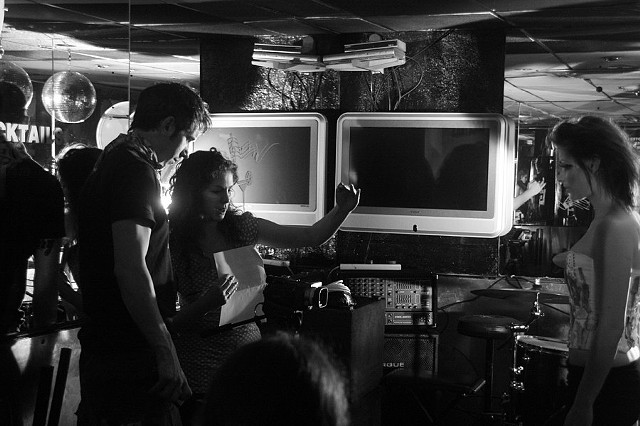 Helena Astbury works across image, text and movement incorporating film, poetry and choreography. Her work often depicts literary characters and bodies, particularly Gothic figures, and Helena works extensively with text on screen. Her signature motif of the interplay between text and movement on screen has also led to her work being exhibited as works of screen dance in festivals worldwide. Helena studied European Theatre at Rose Bruford College, London. Alongside her making Helena gained a Distinction in her MA English Studies, University of Nottingham, graduating in 2016.

Helena is also one half of Artist Cinema maker The Astburys. Jake Astbury trained at Central St Martins College of Art & Design (1993 - 1996) under the tuition of artist filmmakers Mary Pat-Leece, John Smith, Tina Keene and Vera Neubauer. Jake's creative practice spans 30 years. He has worked both as an industry professional and as a practicing artist. Jake's work has been broadcast and exhibited in festivals and galleries in the UK and internationally. As a practitioner, Jake has often occupied a unique space as a key collaborator with other makers and artists working in moving image, such as Helena Astbury, Linda Persson, Noor Afsham Mirza & Brad Butler. In 2016 Jake was awarded the David Tinker Prize by Contemporary Arts Society Wales for his fine art installation proposal DeadCinema66. In recent times Jake has completed a trilogy of experimental narrative films based London.

Jake is also one half of Artist Cinema maker The Astburys.